Drs. Kyle Frackman and Faye Stewart have assembled an all-star team of WiGgies for their edited volume Gender and Sexuality in East German Film: Intimacy and Alienation with Boydell & Brewer. This exciting project is the first scholarly collection in English or German to fully address the treatment of gender and sexuality in the productions of DEFA across genres and in social, political, and cultural context. Check out the table of contents below. Congratulations to the editors and contributors!

We celebrate the success of Dr. Priscilla Layne, Assistant Professor of German at University of North Carolina at Chapel Hill, who has had a very eventful 2018 so far!

In March, Priscilla published her groundbreaking first monograph, White Rebels in Black: German Appropriation of Black Popular Culture, with University of Michigan Press. Analyzing literary texts and films, her book shows how German authors have since the 1950s appropriated black popular culture, particularly music, to distance themselves from the legacy of Nazi Germany, authoritarianism, and racism, and how such appropriation changes over time. She offers a critique of how blackness came to symbolize a positive escape from the hegemonic masculinity of postwar Germany, and how black identities have been represented as separate from, and in opposition to, German identity, foreclosing the possibility of being both black and German. In the first three chapters she discusses both canonical and lesser known texts by white German authors including Grass’ Die Blechtrommel and the film Ich bin ein Elefant Madame. In the third chapter she discusses African American depictions of Germany in the novel Slumberland and the musical Passing Strange. In the final chapter she looks at four autobiographies published by black German authors Hans Jürgen Massaqoui, Theodor Michael, Günter Kaufmann, and Charly Graf, and considers how black German men have related to hegemonic masculinity since Nazi Germany, and concludes with a discussion on the work of black German poet, Philipp Khabo Köpsell. 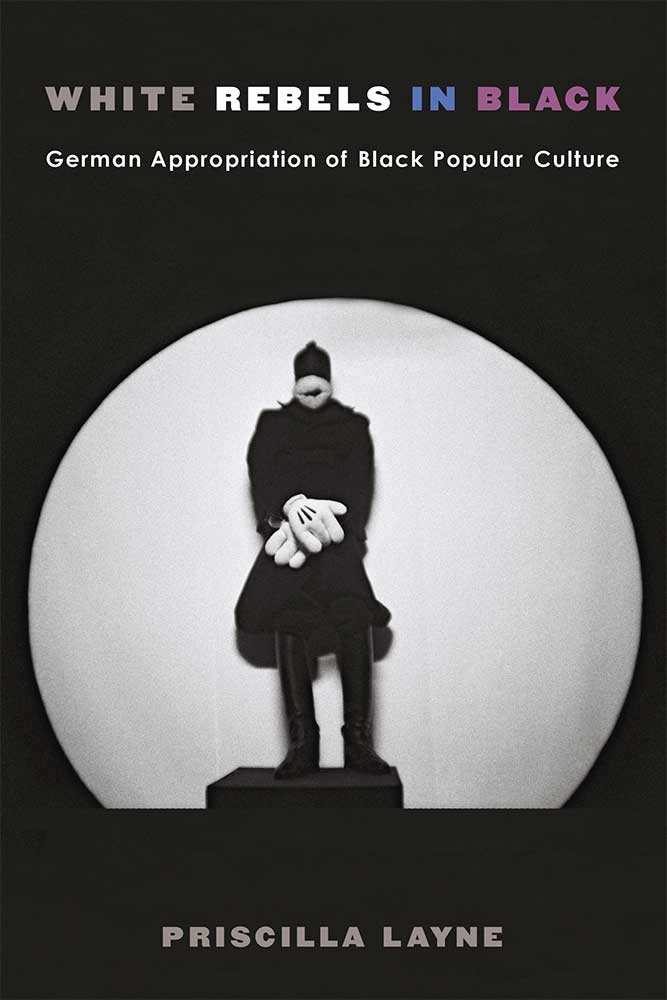 Then, on April 25, Priscilla was announced as a recipient of the prestigious Berlin Fellows Prize at the American Academy in Berlin. During her time in Berlin, she will work on her second book, Out of this World: Afro-German Afrofuturism, which focuses on Afro-German authors’ use of Afrofuturist concepts in literature and theater, in the prose of Michael Götting and Sharon Dodua Otoo and the plays of Olivia Wenzel and Simone Dede Ayivi. She argues that Afro-German artists have increasingly engaged with Afrofuturism in order to critique Eurocentricism, uncover German racism, rewrite the past, and imagine a more positive future for black peoples.

Congratulations and have a productive and inspiring time in Berlin, Priscilla!

Jen William, Head of School of Languages and Cultures at Purdue

Dr. Jen William, Professor of German at Purdue University, was appointed Head of the School of Languages and Cultures on March 1, 2018. Part of the College of Liberal Arts, the School houses fourteen languages, nine undergraduate majors, and graduate degrees in German, French, Spanish, and Japanese. Congratulations and best wishes in your new role, Jen!

Check out our latest contributions to the Feminist Scholar-Activism Project over at the Digital Feminist Collective, which draws on our work in the WiG-sponsored seminar, “Feminist Scholar Activism and the Politics of Affect,” at the German Studies Association in Atlanta (2017).

Anybody can donate to WiG and support graduate student research, the dissertation prize, and the essay prize. Just head over to our membership management site. Or add us to your Amazon Smile account and watch for our sales of WiG swag to support contingent faculty!